She is an enigma wrapped in a little, blonde riddle. 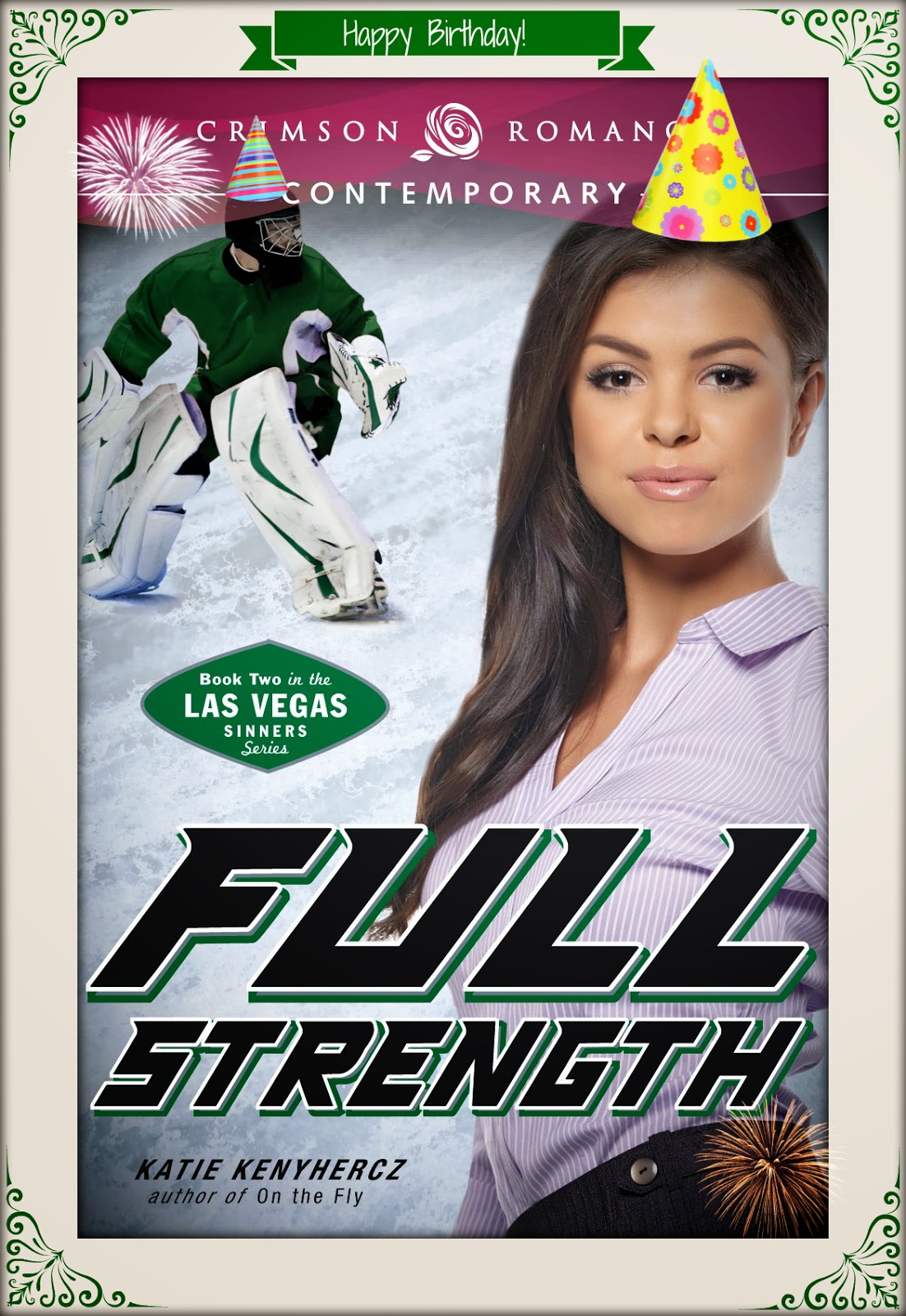 I'll be giving away three digital copies of the book plus some unique Sinners swag! Also, throughout the day, I'll post character quote pictures. You don't want to miss Nealy's gems! Did I mention there's cake? 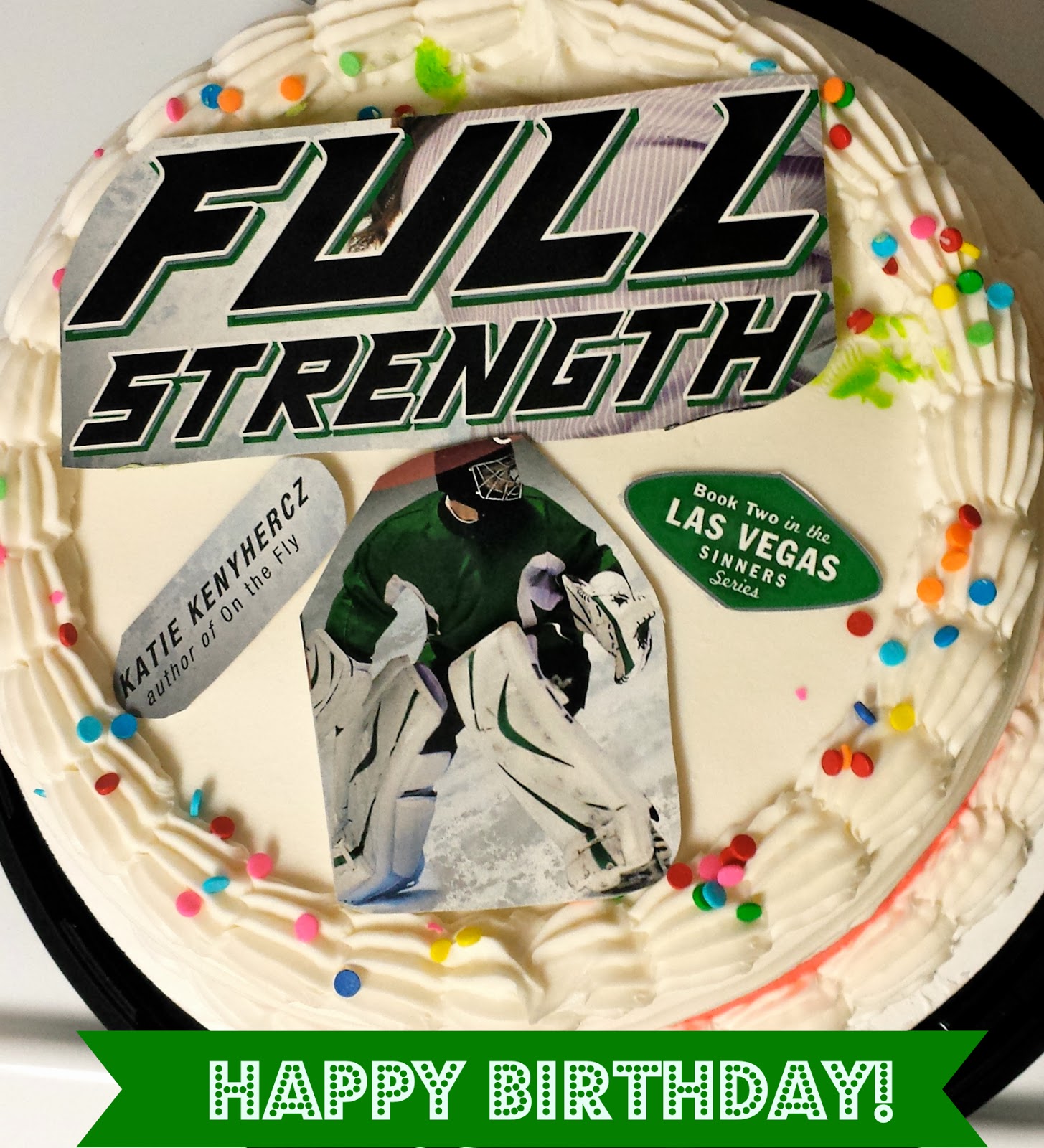 Come spend your Monday with me and the Sinners! We'll save you a piece :)

Posted by Katie Kenyhercz at 6:19 PM No comments:

Allie stared at the glowing sign that read Red Rock Lanes. Why did she agree to this? It was clearly a bad idea. Her responsible therapist side had no doubt about the right thing to do. Unfortunately, the hopeful romantic she tried to keep hidden was the one holding the car keys. What did Mac say? This was her heart fighting back. She blew out a sigh. Might as well get it over with.

The bowling alley was jumping for a Thursday night, but then again, Las Vegas was one endless weekend. Shane stepped into view by the front desk and waved her over. He’d erased the stubble from his chin and traded the t-shirt and shorts from practice for dark-wash jeans and a white button-down shirt with the sleeves rolled to the elbow. It glowed under the neon lights, and when he smiled, his teeth had the same effect, kind of Cheshire Cat-like. He lifted his voice over the music and sea of other voices. “What size shoes do you wear?”

“Eight.” Oops. Was he going to pay? She angled closer to protest but stopped. True, it might be too much like a date if he paid, but he made more in a day than she did in a month, and the effort to be heard over the ruckus wasn’t worth preserving a small boundary. He’d invited her out as a friend. He could pay ten bucks for her to bowl. But that was the last concession. If she kept it up, she might reason herself into kissing him again. Wow, that kiss.

Before she could replay it for the hundredth time, she focused instead on Saralynn. The younger Reese had opted for a billowy, hot pink, chiffon blouse, dark skinny jeans and silver gladiator sandals. Her long, light brown hair was pulled back in a ponytail. For most women, it was a typical first date outfit. For Saralynn, it didn’t exactly add up. Way too much coverage, and no way Shane had any say in what his sister wore. Curious.

Size eight saddle shoes appeared in Allie’s field of vision, and she took them from Shane’s outstretched hand. “Thanks.”

His dimples winked at her.

Oh boy. Time to think of anything else. As the group walked toward their lane, she took the opportunity to scope out Saralynn’s mystery date. Tall and lean, clean cut with hipster glasses and a button-down plaid shirt. Pants so tight they looked like leggings and Converse sneakers. She might not know Saralynn that well, but this guy didn’t seem like her type. When they all sat on the horseshoe bench by their lane to switch out their shoes, Hipster lifted his head and smiled politely. “Hi, I’m Ted.”

“Allie. Nice to meet you.” She glanced at Saralynn, whose entire attention remained on her nails.

“We ready to get started or what?” Saralynn hopped up to the monitor and touched the screen to begin their game. Her name was at the top, so she selected a neon orange ball, approached the line with a wobble, and rolled the ball right into the gutter. Twice. “Oops. You’re up, Ned.”

The corners of Ted’s eyes crinkled, but he didn’t correct her. Apparently, Saralynn’s million-watt grin took the sting out of forgetting his name. He ambled up, chose a green ball, and tip-toed to the line.

“So what do you think?” Shane’s husky voice rumbled in her ear, and she jumped.
How did he get so close? His shoulder brushed hers, and if she turned her head, they’d be nose to nose. She pressed her lips together and stared down at her lap. “I think she’s going to eat poor ‘Ned’ alive.”

Shane laughed deep and throaty, and the sound shot a tingle down her spine. This close, the citrus and musk of his cologne just about short-circuited her brain. From the corner of her eye, she saw the pulse point at his neck and struggled not to lean in and kiss it.

Holy self-control. She slid over half a foot for some space and closed her eyes for a second.

“You’re up, Allie,” Ted called as he sauntered back to the bench. According to the scoreboard, he’d picked up an impressive spare that she’d missed entirely. And so had Saralynn, who didn’t look up from her phone as Ted sat hip to hip with her.
Allie bit her lip and picked a purple ball. Ten pounds. She tested the weight in her hand. Heavy but not overly. She made a not-so-graceful approach, but she drew her arm back and aimed as straight as possible. She shifted from foot to foot as it rolled along, and when all of the pins went down, she threw her arms in the air and danced in a circle. “Whoo!”

“And I had you pegged for a gracious winner,” Shane said. He looked happier than she’d ever seen him, even when he’d won that first game back. Her heart hiccupped.
He held his hand up for a high-five in passing, and she obliged. His fingers curled around hers briefly in a small squeeze. To observers, they were little, casual gestures. Platonic. But she knew better. She took a seat and tried to look anywhere except his butt as he leaned over and chose a ball, but the fit of his jeans demanded attention. I am in so much trouble.


Catch up with the Sinners in the first book, On the Fly, then find out what happens with Allie and Shane in Full Strength!
Posted by Katie Kenyhercz at 8:10 AM No comments:

Katie Kenyhercz
B.A. in Professional Writing and Editing, M.A. in English and M.F.A. in the Writing of Popular Fiction. I write romance. I have a fluffy gray cat, an amazing husband, and a crazy love for hockey :) Follow me on Twitter @KatieKenyhercz